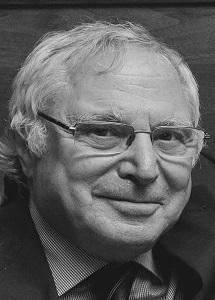 Frank Lewis, Emeritus Professor of Economics, Queen’s University, was born on January 23, 1947 in Montreal, the eldest son of Miriam and Alfred Lewis. A graduate of Westmount High, McGill University, and Rochester University, where he earned a doctorate in Economics, Frank spent his 45-year career at Queen’s. His research focused on Canadian Economic History. A devoted teacher and mentor to generations of young economists, Frank was recognized in 2016 by the Economic History Association with the Jonathan Hughes Prize for excellence in teaching.

Frank and his family enjoyed annual winter holidays in Florida and summer vacations in the Laurentians, a Lewis tradition dating back three generations. He was an avid tennis player and an aspiring low handicap golfer. A life-long musician, Frank studied piano under Lubka Kolessa, devoted hours to his children’s musical training and later performed classical music with a local ensemble. Frank was deeply involved in the Reform Jewish Congregation, Iyr HaMelech, serving on the board for decades. He and his wife Donna (Lounsbury) enjoyed adventurous holidays to destinations including Hawaii, Chile, the Galapagos, Japan and Africa.

Diagnosed with pancreatic cancer in May 2017, Frank continued to lead a full life. He published two academic articles, provided expert assistance to the Indigenous and Crown parties in a significant case involving 1850 treaties, and played golf and tennis until the end of December. Some of his tennis partners (you know who you are!) mistakenly believed that this was finally their chance to beat him. Throughout, Frank maintained an unwavering positive outlook, surrounded by family and a large circle of friends.

Please be sure to fill out the commemorative portion of the form entitled "Dedicate my gift to Frank Lewis." This will allow Queen's to notify his family of your thoughtful donation to the Frank Lewis Memorial Fund.