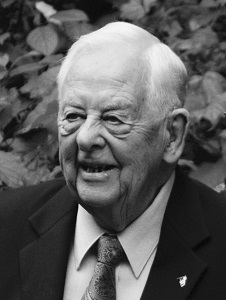 Doug graduated in 1944 in Chemical Engineering from Queen's. He was the first in his family to graduate from university. Upon graduation he started to work for Canadian Hanson & Van Winkle Ltd. in the electroplating business, first as Chief Chemist and then into sales and senior executive positions.

Doug attended many Science '44 reunions and stayed close friends with several classmates, including some who attended Doug's 90th birthday celebration held at the Pub at the Donald Gordon Conference Centre in August 2011. Queen's Engineering provided a young man raised on a farm the opportunity to acquire knowledge and skills that set him on a successful business career and provided him a rich social life and life long friendships.