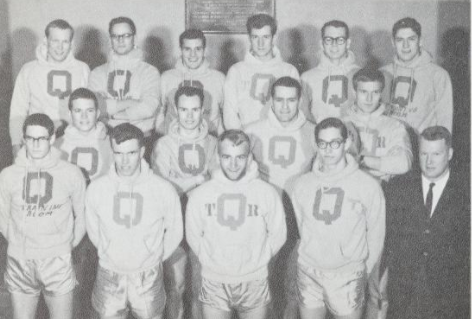 The Rolf Lund Bursary was created in 1994 to provide financial assistance to Queen’s University Track & Field and Cross-Country student-athletes, in honour of coach Rolf Lund.

Rolf Lund was a long-time Track & Field and Cross Country coach at Queen’s University from 1963-1988. During his tenure as Head Coach of both the men’s and women’s teams, Tricolour teams won five provincial championships and four national titles, as well as numerous individual gold medals.

In addition to coaching Track & Field and Cross Country, Rolf was an Associate Professor and Director of Athletics at Queen’s, coaching gymnastics as well as Alpine and Nordic skiing.  He was actively involved at the community level, while also maintaining a high profile on the Canadian sports scene at local, provincial, national and international levels.  Highlights of his appointments include:

Rolf Lund embodied ideals and qualities that generations of student-athletes at Queen’s University have held dear.  His principled leadership and pursuit of excellence are but two of the characteristics that are identified when friends, colleagues, and athletes comment on his legacy to athletics at Queen’s.