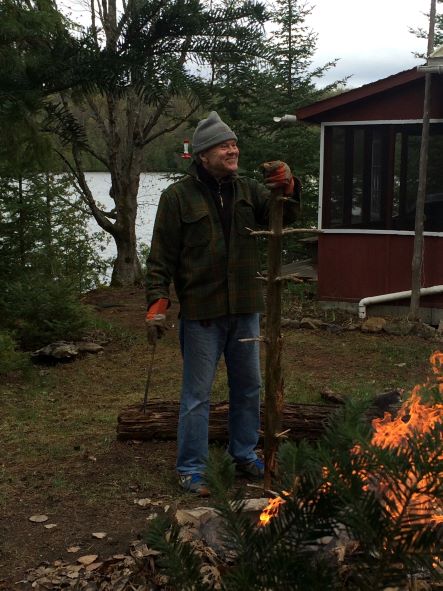 The Queen's Community remembers Victor Snieckus, Emeritus Bader Chair of Chemistry and one of the most internationally respected synthetic organic chemists in the world. In 1998, he joined the university as the inaugural holder of the prestigious Bader Chair of Chemistry. Prof. Snieckus became a household name among chemists worldwide due to his fundamental contributions to organo-lithium chemistry and the DOM (directed ortho-metalation) reactions that he and his group pioneered.

Prof. Snieckus was a giant in the Chemistry world. To celebrate his legacy and the huge impact he left on his students, friends, and peers, the Chemistry Department wishes to establish the Victor Snieckus Memorial Fund. This fund will support research and teaching in Organic Chemistry at Queen’s, with a focus on facilitating the work of graduate students and other young scholars. A fitting tribute to someone with a deep enthusiasm for discovery while making science accessible for so many.

“Vic had more passion for life and chemistry than most people half his age – his enthusiasm for both was infectious to anyone that entered his sphere of influence. Saying he will be missed does not do justice to who he was and what he contributed.” - Andrew Evans, current Bader Chair in Organic Chemistry

"My Pop was one of a kind. He could lecture all day, talk chemistry to students all evening, have a good round (or two!) of "Cardinal Puff", perhaps a street hockey game finished with a round of Zubrowka shots and then be up at 6am for his morning run and do it all again. He loved his students for their passion for chemistry but also for who they were and what they did in the world. He had time, he had joy for them all and treated the folks that washed dishes, to keynote speakers at the conferences, equally.  He was infinitely curious about everything and everyone and if you were lucky enough to meet him, you couldn’t help but be affected by his playful, focused, enthusiasm.

Thank you for supporting the Victor Snieckus Memorial Fund. If he knew the fuss that was going on about him he’d sit back in his old office chair, in his Lithuanian tracksuit, put his pen back in his belt pen holder and say “Let’s get back to work!” – Naomi Snieckus

If the minimum funding requirements are not reached, all donations will be transferred to the Department of Chemistry Gift Trust Fund.