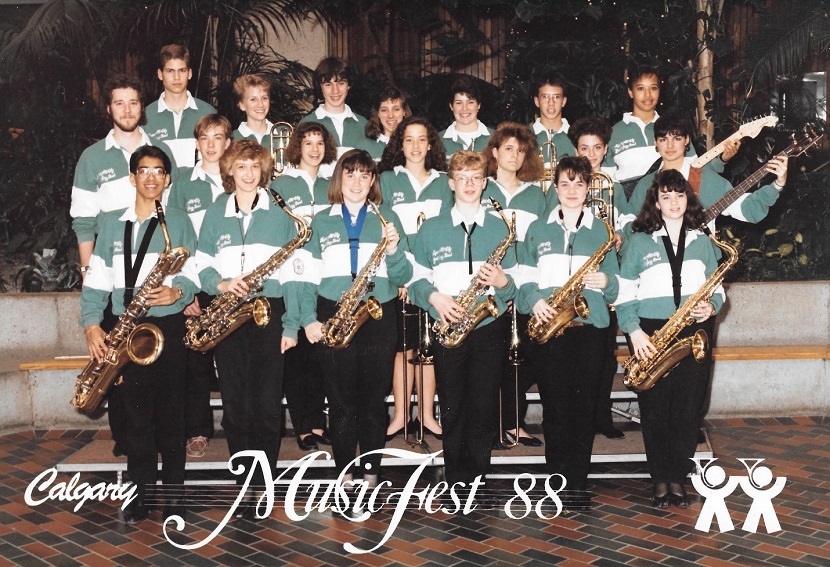 The Nepean All-City Jazz Band comprises high school age musicians from the Ottawa area. The band was founded in September 1987 by two intrepid alumni of Meadowlands Public School and their music teacher, Neil Yorke-Slader. Since its inception the band has represented excellence in the arts, having achieved Gold standing at MusicFest Canada’s National Finals more than 30 times.

For those who played in the band it was about more than just music. It was about practice, teamwork, competition, friendship, and adventure. Foremost, it was about personal growth. Many alumni have gone on to successful careers in the arts and elsewhere, in Canada and around the world. In honor of Neil Yorke-Slader’s contribution to arts and education in Canada and in recognition of the impact he and the band had on their lives, the alumni have established the Neil Yorke-Slader and Nepean All-City Jazz Bursary. Others who know of Neil and the band and want to pay it forward can add to the bursary using the Give Now button.

The bursary is awarded each year on the basis of demonstrated financial need to undergraduate students in the Bachelor of Education degree program in the Faculty of Education, with preference given to students pursuing instrumental or vocal music as a teaching subject.

You can read more about the band and Neil Yorke-Slader at the band’s web site, http://www.nacjb.com.