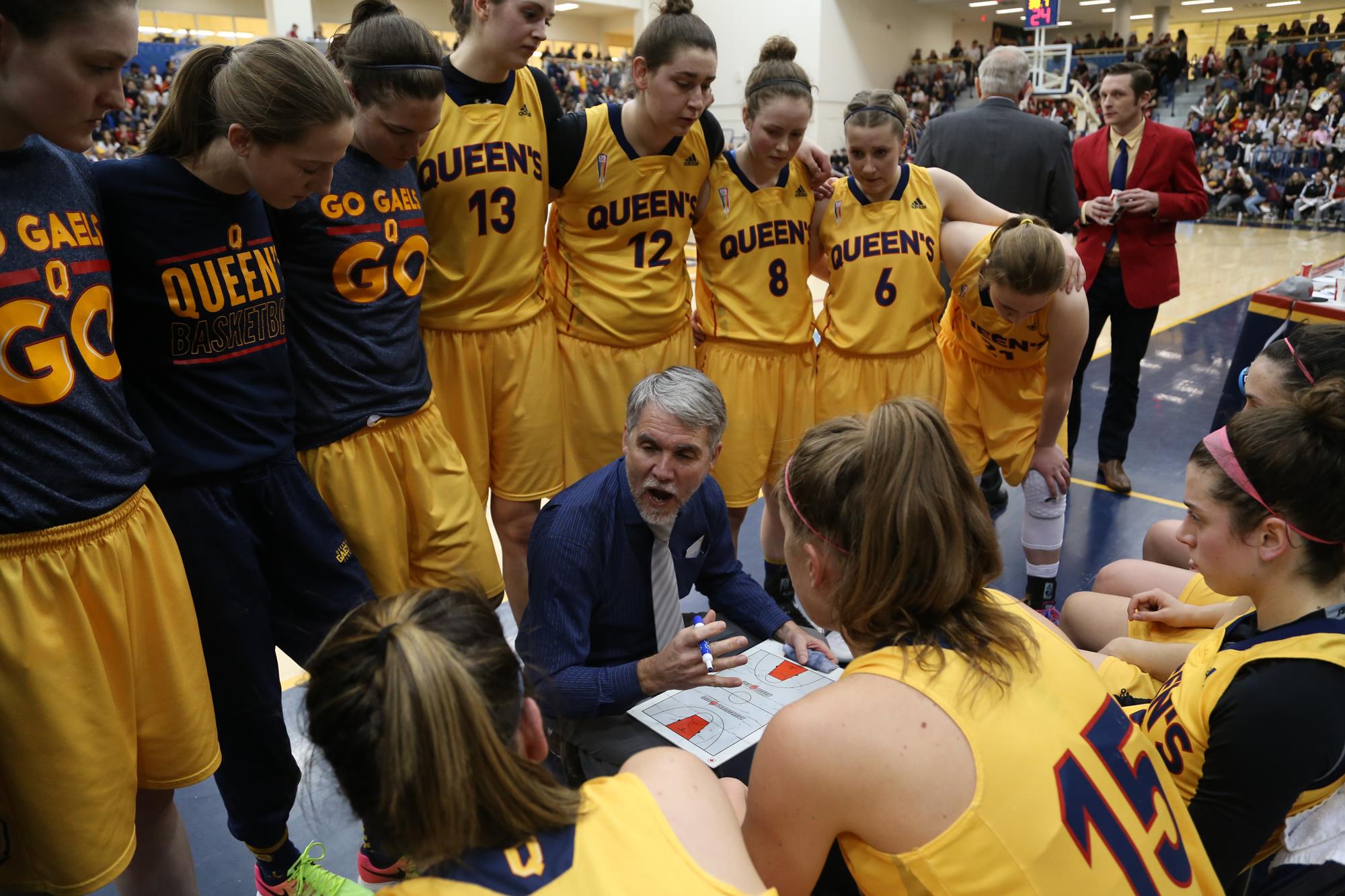 "This was a very difficult decision and one that my family and I struggled with," says Wilson. "This is a personal decision and the timing of it now provides an opportunity for myself and my family to do the things we've always planned and looked forward to doing in retirement.

"I would like to thank Queen's University for the privilege to work with and for a remarkable community of people. I want to thank my staff for their efforts to continually be the best and compete on the biggest stages in basketball while leaving players with life skills they need to succeed after University. I know that the program is in good hands moving forward. Most importantly, it has been an honour to coach the young women that have represented the University so well, not only with their time on the court but by their actions across Canada as players and then as alumni. My family and I look forward to the next stage of our life in retirement."

Dave Wilson is a strategically skilled leader, and a respected and celebrated coach who led his players to innumerable successes both on and off the court. Wilson began his coaching career in 1981-82 and has amassed 385 career wins with the Gaels. He led Queen's to an OUA title in 2000-01 and is a four-time OUA coach of the year. In 2017 he was honoured as the U SPORTS coach of the year after leading the Gaels on home court in the OUA Final Four and to another national championship appearance. Most impressively, his athletes have a 100% graduation rate in his career as a coach.

"Dave Wilson's influence has touched countless people over his nearly 40 years at Queen's, and the hundreds of student-athletes who have worn the tricolour have benefited from his leadership, passion and commitment," says Leslie Dal Cin, Executive Director, Queen's Athletics & Recreation. "He is a committees and working at the highest levels of basketball in Canada. We all wish him and his family nothing but happiness in his retirement."

Wilson served as a member of numerous U SPORTS and OUA committees. Internationally, Wilson has been a key contributor with Canada Basketball working in various coaching roles with both the senior and junior women's programs earning a silver and two bronze medals with the junior program at the All-Americas Championship. In 2007 he also served as head coach of the Canadian World University Games team in Thailand finishing 7th.