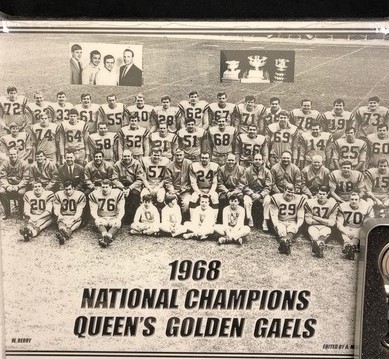 The 1968 Golden Gaels Football Team Athletic Award is being established to provide an annual athletic award to a football player or players. This donor page has been created to allow team members and other interested participants to give gifts and pledge commitments to meeting the goal of establishing an endowment to support the award. The minimum funding required to endow an award is $50,000, but the target that has been set by the 1968 team is $125,000, which would eventually allow an annual award of the maximum amount to a student-athlete under current U Sports regulations. The award would be distributed once the $50,000 level has been reached, and would increase as the value of the fund increases. Please note that pledge payments can be made up to a 5 year period.