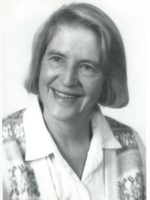 It is with great sadness that the family of Diane Catherine (Maudsley) Arthur announces her passing after a brief illness, on Friday, November 16th, at the age of 82 years. Diane was predeceased by her husband of 30 years Artur Zylinski Arthur (retired Prof Psychology Queen’s University) and later, her partner, for 22 years Jack Jeffrey.

Born to Helen and James Harold Maudsley in Liverpool,1936, Diane studied for her PhD Psychology in London, UK, where she met her husband. Diane and Artur move to New Zealand in 1963 where they made lifelong friends and both their sons were born. In 1966 the family emigrated to Canada as Artur secured a Professorship at Queen’s University, Kingston, ON.

Diane worked as a Psychologist at the Child Psychiatry Unit at Kingston General and at Hotel Dieu as well as in private practice with Dr Philip Carney, PhD. During her career she helped many youth and their families as well as mentoring Graduate students.

In retirement Diane enjoyed the friendships made at the Kingston Seniors Association and found another family and friends out in Yarker and at Yarker Free Methodist Church.

Interment will follow in the family plot at Cataraqui Cemetery and a final farewell and celebration of her life back at the James Reid Funeral Home.

As part of her final requests, Diane had asked friends and family to donate to the A.Z. Arthur Book Prize Fund.

Please be sure to fill out the commemorative portion of the giving form entitled “Dedicate my gift”. This will allow Queen’s to notify Diane’s family of your thoughtful donation to the A.Z. Arthur Book Prize Fund.